OK: I have cancelled my Dominic Cummings Substack Subscription—I just didn’t feel right when that first payment notice came in. But while I’m still on there, I thought I’d put on my pith helmet and take you on a little safari, because man, there are a lot of wacky folk in the comments of Dom's Substack.

Talk About My Weird Pet Issue

If the cranks are a weird scattergun, these monomaniacs are a sniper rifle. He responds to quite a lot of these 🙄. Don’t encourage them!

I don't know whether this is as universal experience as I think, but when I was 14 or so I would email questions into podcasts that I already knew the answer to because wanted to hear them say it so I could feel like they agreed with me and I was their friend etc. A lot of people on here who just want to be in the Dom cool kids friend circle, or people offering to "help him with podcast/branding" etc Usually funniest when followed up with:

Clout Sharks
Literally every commenter on these posts with a Substack is trying to get Dom's readers to sign up for theirs so it's not even worth the screenshot. I have also seen at least three different people trying to be the ones who run The Official Dom Discord:

but of the ones I've managed to join the conversation has... not been lively, so owned, I guess.

Sure, this one was quite funny, but in general I do prefer Dom's earnestness—however tarnished—to the general smug vibe I get from these folk talking about him.

There are quite a few folk who just work for the Civil Service and would like it to be better, and I can't really fault them for seeking that here.

A funny thing about all this is that Dom is sufficiently earnest that he seems to try and answer most of these people. Even the Dom Reply Guys, even the cranks (sometimes). However, as Tom pointed out that Cummings' Twitter is this but in reverse: he is the reply guy of all the rationalist/GMU penumbra/tech sorts. I think he just might not be sufficiently acculturated to the internet, and the subtler forms of signalling that come with communications on it—in both directions.

the older a thing is, the gooder it is 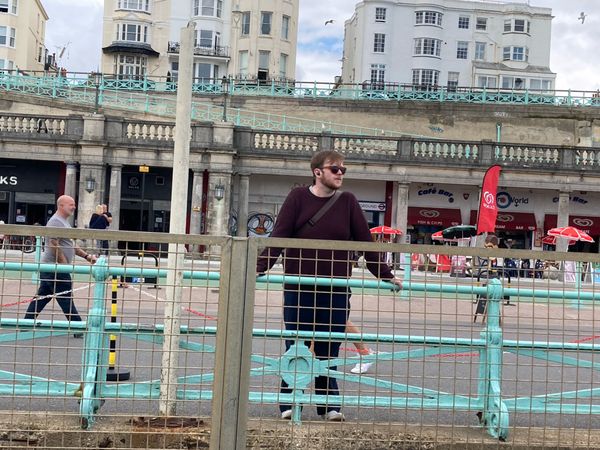